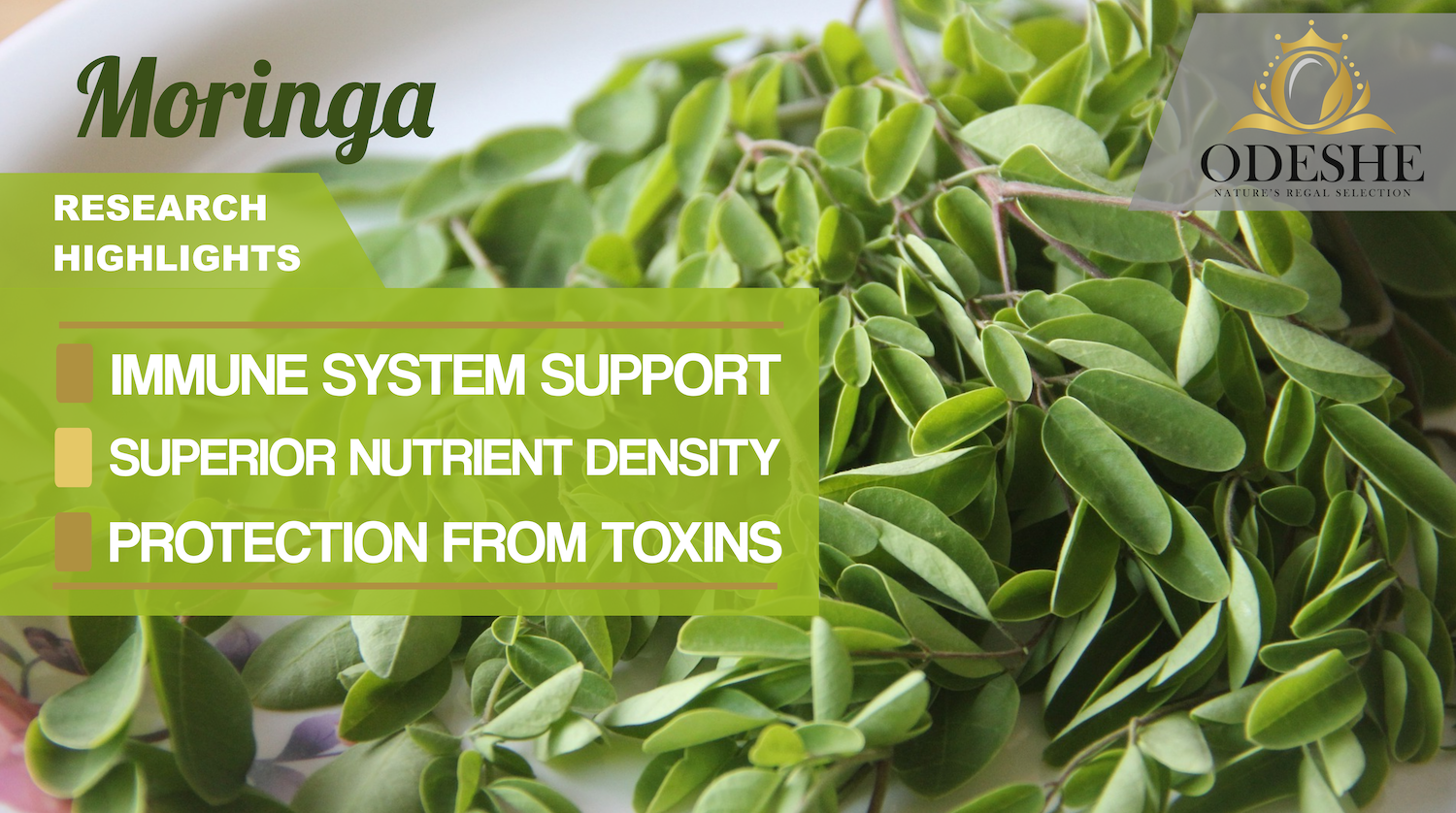 Every single part of the moringa plant has medicinal properties [1]. Moreover, moringa leaves provide “…7 times more vitamin C than oranges, 10 times more vitamin A than carrots, 17 times more calcium than milk, 9 times more protein than yoghurt, 15 times more potassium than bananas and 25 times more iron than spinach.” [2]. Clearly moringa is super amongst superfoods! There is so much scientific research on moringa’s positive impact on health that this article summarises different experiments and groups them according to health concern. But it must be emphasised that all the benefits compiled in this article don’t even scratch the surface of moringa’s scientifically detected nourishing abilities!

- “An ethnobotanical survey was conducted… on plants used in treatment of viral infections” [12], and the herb most frequently bought by HIV patients was moringa [12].

- Amongst HIV patients in Zimbabwe, 68% that joined a study stated that they consume moringa. Of those, 81% were also on antiretroviral drugs and 80% were taking moringa to boost their immune system [13].

Research has detected Medicinal Properties in every single part of the Moringa plant (credit: dialloyaayaa)